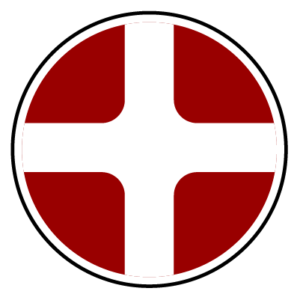 The year 2018 brought a wave of change for Annie and Peter Hindbo. It’s the year they initiated a generational shift as their youngest son Andreas and his wife, Nina, moved in. It’s also the year they purchased a second farm, Asbøl Farm, located just 3 km away, and started producing organic crops. Just a couple of years later, the Covid-19 pandemic hit and, due to Denmark’s subsequent ban on mink farming, Annie and Peter were forced to shut down the conventional mink farm they had been running since 1985. Today, their sole focus is on their organic crop farm. 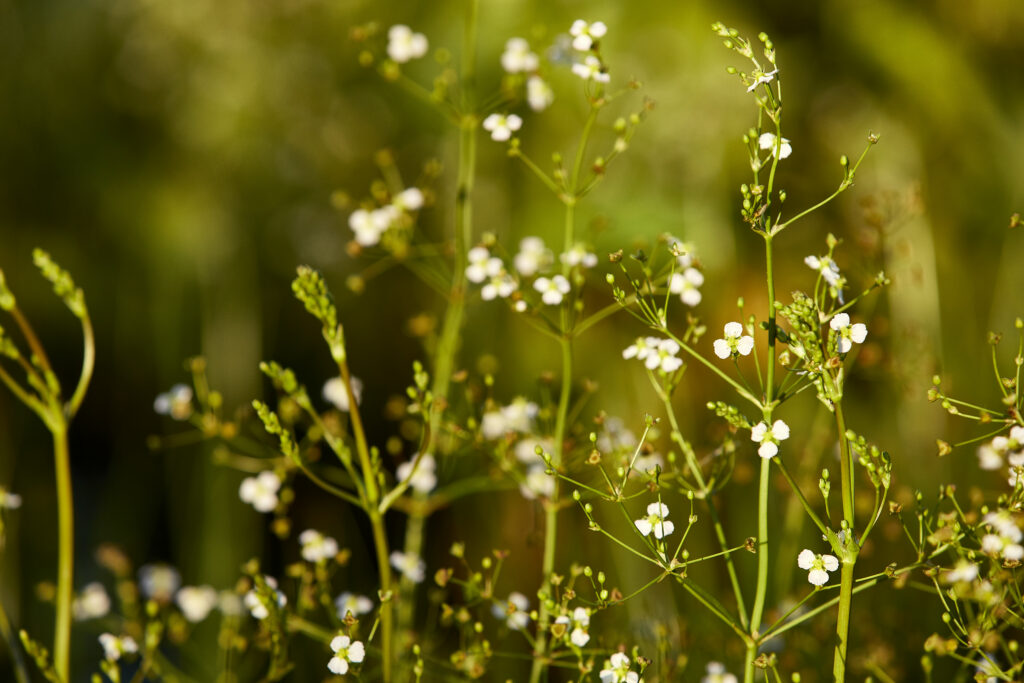 The farmers decided from the start that they would cultivate the land using organic farming methods. A decision that was influenced by a number of factors.

“First, the fact that Asbøl Farm is situated over an important water resource has greatly contributed to the farm’s conversion to organic,” says Peter. “Second, it is also evident that more and more consumers are opting for plant-based food. Third, we think that some of the land currently being used for agriculture is ill-suited for rotation and should be taken out of production—just as our 12.2 hectare site was.”

Converting an unproductive field into grassland

When Annie and Peter first acquired Asbøl Farm, it spanned 54 hectares including 34 hectares of arable land and 20 hectares of meadow, grassland, and forest. But one 12.2 hectare field proved difficult to cultivate.

“The land was uneven and undulating, with runoff from arable land into Truds stream which lies at the end of the field,” says Peter.

Well aware of the problems of nutrient loading, the farmers took action and applied to convert the field to grassland and scrub. After securing support from the Danish Nature Fund, they deep–cultivated the problematic field to bring the nutrient-poor soil to the surface so that the natural grassland plants would be encouraged to take hold and thrive.

Annie and Peter’s commitment to more responsible farming methods was further reinforced when they struck up an agreement with TreforVand, which is responsible for ground water extraction for Kolding municipality. Under the agreement, the farmers allow 60% of the municipality’s urban water to be collected from their property.

“Their aim is to protect groundwater from pesticides and nitrates, which is why we have agreed to make the entire property pesticide-free and make all the land—apart from the 22-hectares of arable land—nitrate free,” says Peter.

This means that all the land on Asbøl Farm is now run organically and with reduced nitrate spreading on the 22 hectares of arable land. The farmers plan to grow plant-based food in order for the field to provide an optimal yield and to respond to the growing demand for plant-based food. Catch crops and legumes are some of the key crops in organic production. Catch crops help retain nutrients while legumes fix the nitrogen in the air so that subsequent crops can be fertilized.

“This year, oats are being cultivated for oat milk, and next year, we will probably grow pulses,” reports Peter.

In addition to these measures, the farmers have dug five lakes on the agricultural land and planted about two kilometres of three-row windbreak to foster biodiversity.

A rapid increase in biodiversity

Within just a couple of years of implementation, Annie and Peter have successfully managed to decrease nutrient runoff from their farm. They are also proud to report a significant increase in biodiversity in connection to the lakes and the mini wetland they built. However, according to the farmers, it’s the conversion of arable land into a natural area that has produced the most visible effects.

“This year, two years after the conversion, we’ve seen a remarkable increase in the number of wild plants and insects on the land,” says Peter.

“The fact that our actions have won the respect of the local community has meant a great deal. A neighbour of ours thought the natural area was such a good idea that he has now planted a forest on his own land.”

“The biologists at Kolding municipality are delighted with the new natural area, which will be grazed by livestock,” he adds. “However, we plan to let wild horses on to the land to enable year-round grazing to promote and increase biodiversity.”

Annie and Peter’s actions have had a great impact on their local community as well. The natural area is open to the public and they have received a lot of positive feedback. The media has also shown an interest and the farmers have given a number of interviews.

“The fact that our actions have won the respect of the local community has meant a great deal,” says Peter.  “A neighbour of ours thought the natural area was such a good idea that he has now planted a forest on his own land.”

In recognition of the efforts made at Asbølgaard to reduce nutrient runoff, Annie and Peter have been awarded the national Baltic Sea Farmer of the Year Award for Denmark.

“It’s a great feeling to be the national winner,” says Peter. “One feels empowered to do even more in the future and help other farmers get started on something similar. We believe that this recognition will give us even more motivation to get new projects underway.”

“Other farmers should obtain more information from their local agricultural centre and from Seges to learn about any possible initiatives for their farm,” suggests Peter. “It is also a good idea to ask municipal biologists for advice on the measures that could prove useful on one’s land.”

“Annie and Peter Hindbo are acutely aware of the importance of securing habitats and conserving and increasing biodiversity in the Danish landscape and reducing the runoff of nutrients into Lillebælt and the Baltic Sea. They have achieved this by establishing a mini wetland area with a 0.4 hectare water level that purifies the drainage water from 40 hectares of surrounding land. In 2020, a commitment was made by the Danish Agricultural Agency for another mini wetland area with an approximately one hectare water level to purify the drainage water from around 100 hectares of surrounding land. This means that the farmers will also purify some of their neighbour’s drainage water on their property.”

Peter Hindbo on the future of farming

Q: What do you consider to be the biggest challenges or threats facing farmers today and in the
future?

A: I believe the greatest challenge is to have a sustainable farm that consumers can identify with. Consumers should be able to understand the agricultural ecosystem, with CO2 uptake/emissions, in a wider context. In addition, it is crucial that we pay attention to the discharges into our streams, fjords and the sea—in this case, the Baltic Sea.

A: There are great opportunities for farming in the future. The global population is increasing day by day and we must produce food for everybody. But we must also be prepared for change, which has begun with western countries reducing their meat consumption and increasing the amount of plant-based food they eat. We must be ready to adjust accordingly.

A: Other farmers need to come and see how some of us have already taken action in the direction of more sustainable agricultural practices. They could visit us, for instance—we would be delighted to share our experience and organize a tour.